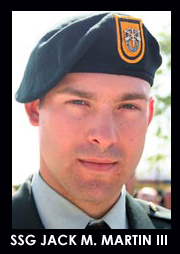 Martin is survived by his wife Ashley Martin, his parents Jack and Cheryl Martin, and siblings Abe, Mandi, Amber and Abi.

Coaches Thoughts: Everyone who came into the gym today started the new year off with a bang.   First benchmark wod done with, and it was a shoulder blaster.  I think the majority of the athletes were surprised how heavy the weight got after just a few rounds.  The push press did exposed a large weakness in a lot of athletes games, we had several athletes start off with shoulder press which ended up taxing their shoulders sooner then expected.  In addition we have noticed that some athletes push press has turned into a semi thruster.  Therefore, it seems we’re going to have to work more on this movement in the near future.  Several athletes did excel today, Karmen and Courtney V started the day off right by being the only women all day long to complete the WOD Rx’d.  As well as Glendon, Jason A and Josh, who all completed the WOD Rx’d.  Overall the day went well, it was fairly obvious that the new year hang over was still lingering, but overall everyone did a great job today.